As a salute to all Upper St. Clair Veterans, present and past, the Historical Society of Upper St. Clair has partnered with the Township to share a patriotic piece of history from our archives.  The current display has a World War II theme and includes letters from soldiers, newspaper clippings, and numerous photographs.  Also on display are tokens and ration stamps as a reminder of one of the many ways WWII affected those back home.  The photographs and several of the newspaper clippings are from an incredible scrapbook created by Emma Hoffman, a teacher at the McMillen School.  The scrapbook reveals this period as seen through a local woman's eyes and provides us a record of Upper St. Clair's brave men and women who served their country so many years ago.

Please stop by and take a look for yourself.  While celebrating Veterans Day, these artifacts will be on display through Thanksgiving.  After that, stop by the Township Building for our holiday display.

Posted by HSUSC Historian at 5:08 PM No comments:

Preparing for Fall on the Gilfillan Farm

Here's a look back at a few of the things farmers would have done by this time of year to get ready for the cold months ahead:

Posted by HSUSC Historian at 10:44 AM No comments:

It may not feel like fall just yet, but it won't be long until it's time to pull out the jackets and coats.  In 1895, these might be what the ladies were wearing if they followed the latest fall and winter fashions. 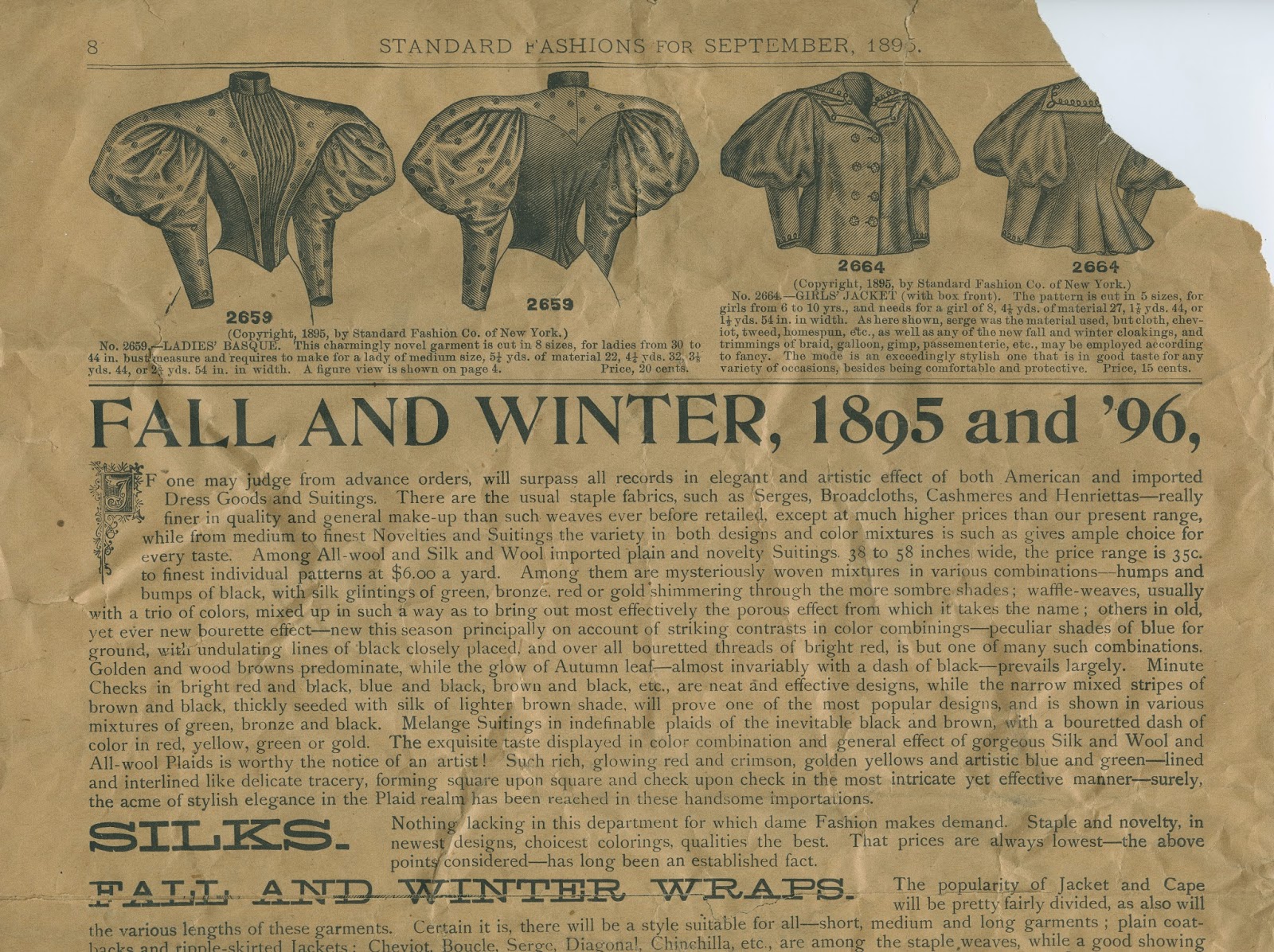 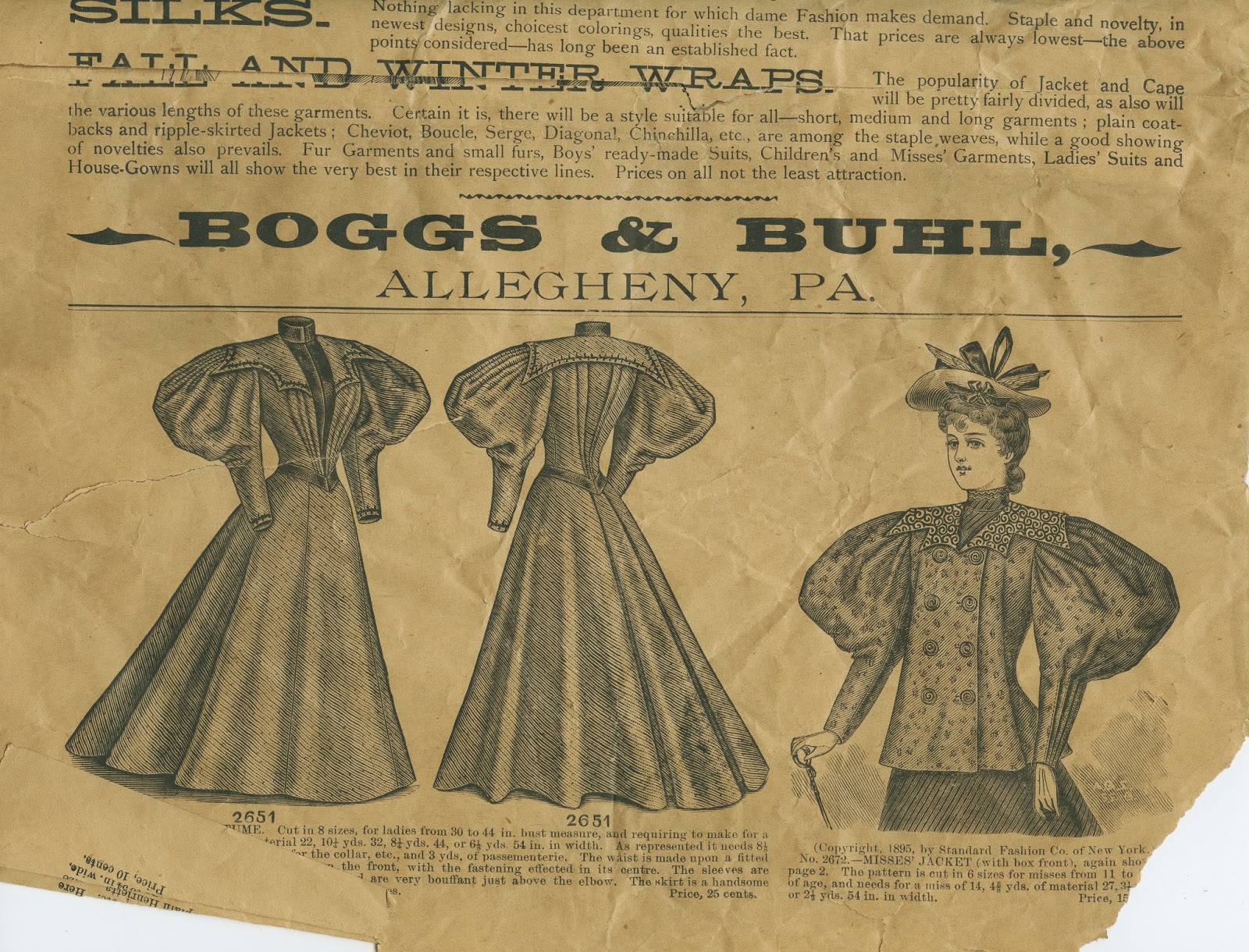 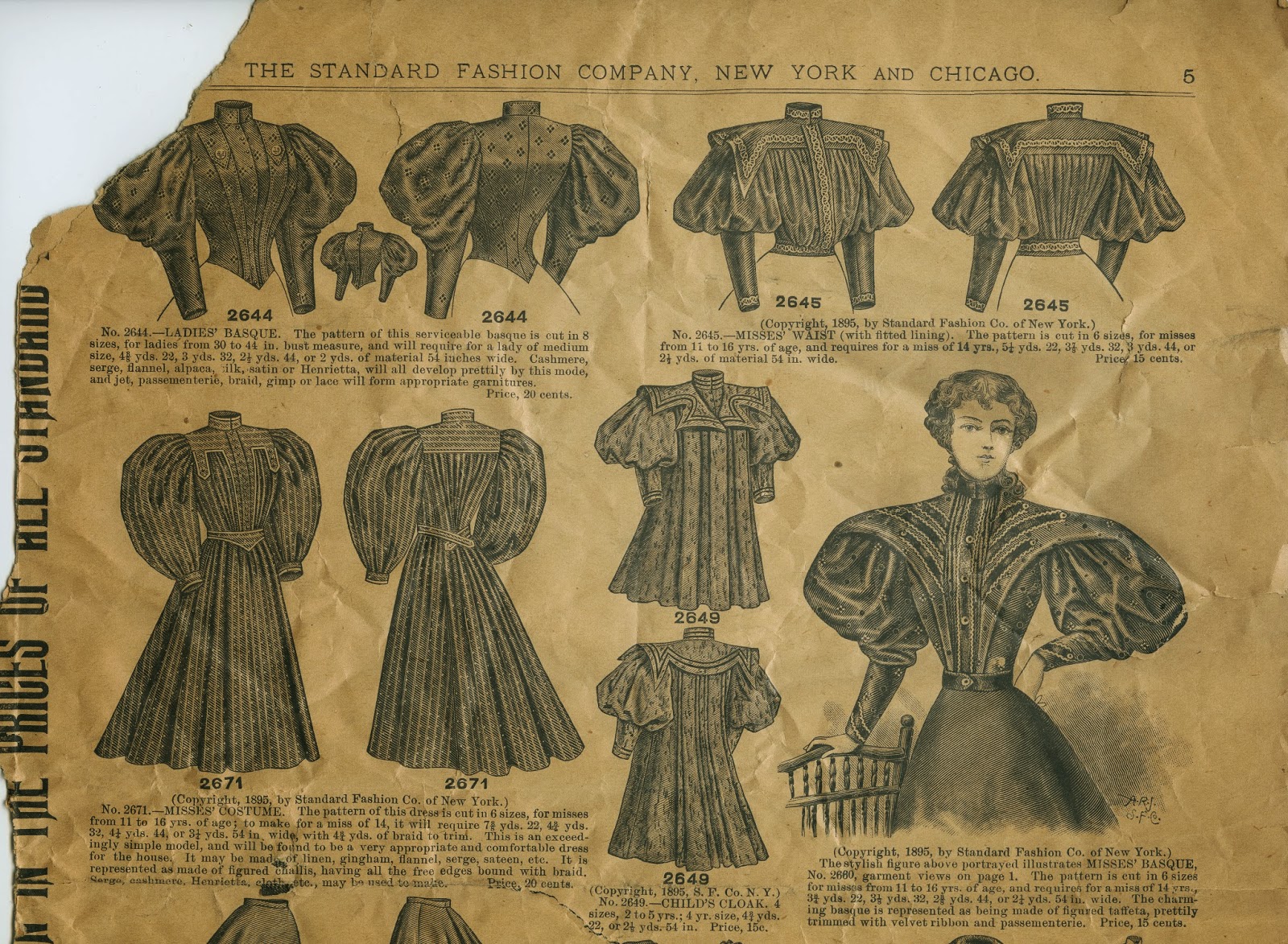 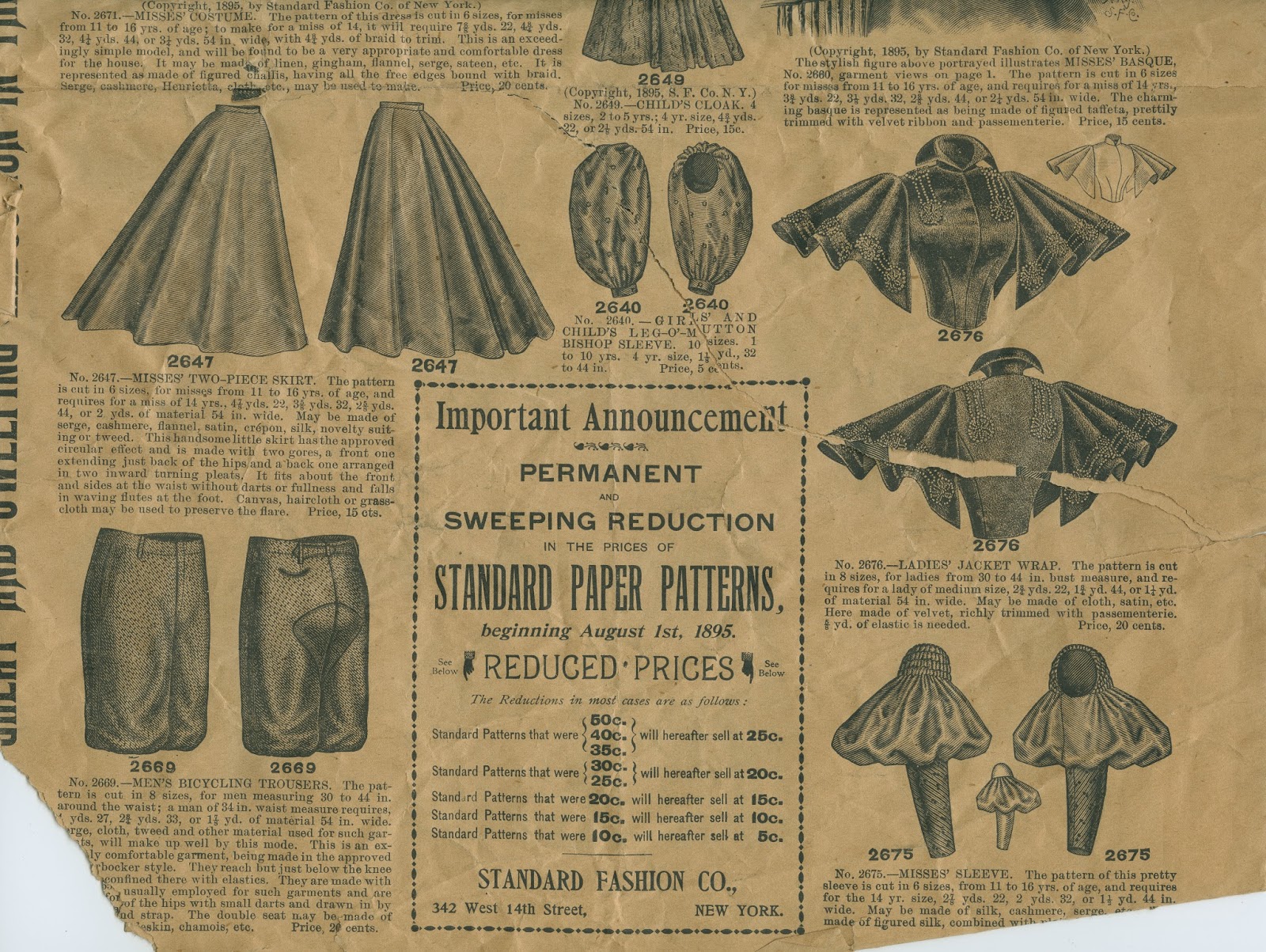 Newspaper advertisement from the Historical Society of Upper St. Clair Archives.
Posted by HSUSC Historian at 9:20 AM No comments:

Coming up soon, April 27-May 3, libraries and organizations across the U.S. will celebrate Preservation Week.  The American Library Association- ALCTS has created a fantastic website with basic tips on how to store and handle your family's treasures. Check it out and help save treasures of all types for your family and the history of our community: Quick Tips to Save Your Stuff 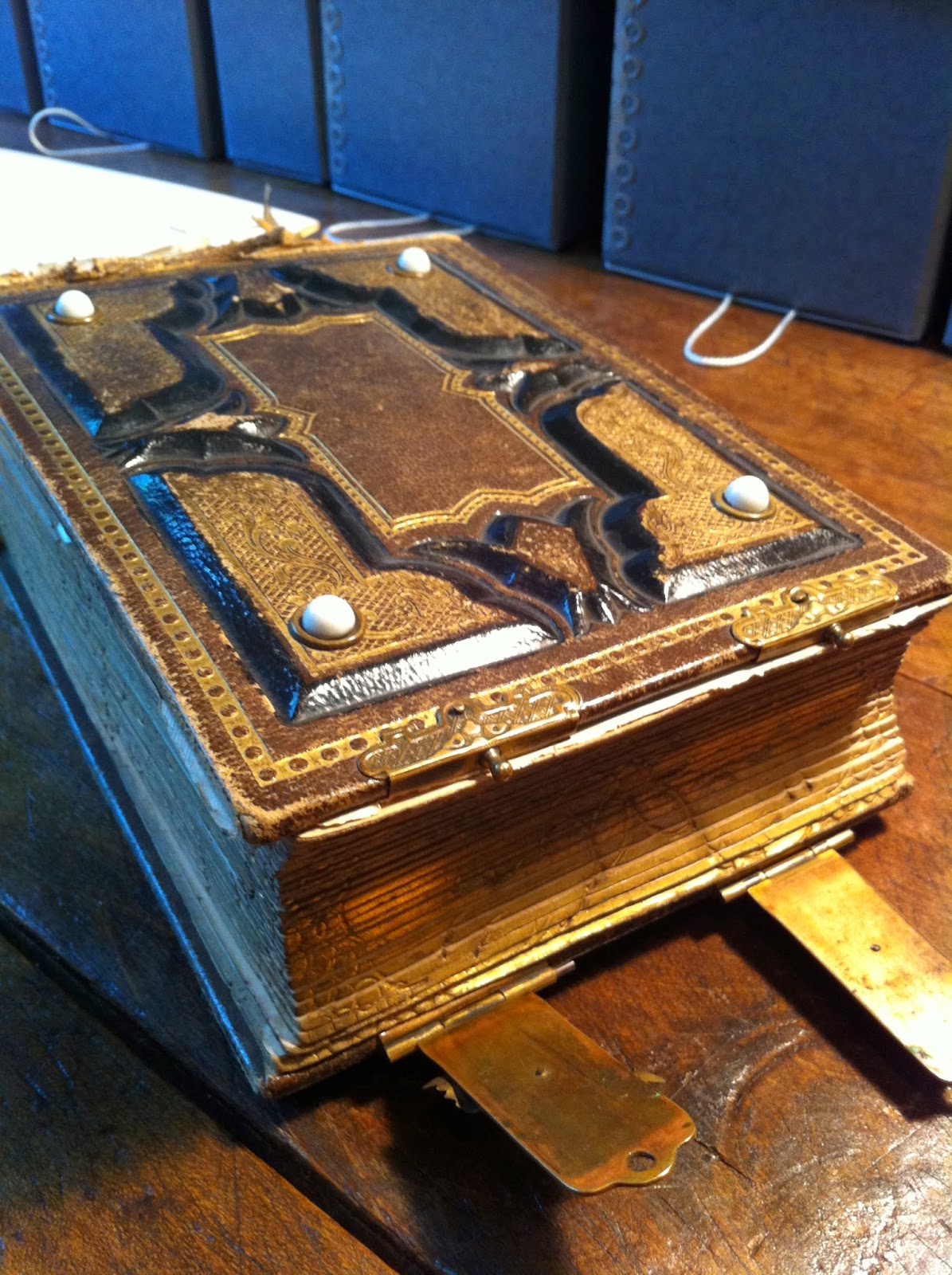 Posted by HSUSC Historian at 10:34 AM No comments:

Fans of PBS Masterpiece shows such as Mr. Selfridge and The Paradise may be interested in these excerpts from local ladies who experienced the ins and outs of being department store employees here in the U.S.

From a transcript of the March 16, 1980 meeting of the Historical Society of Upper St. Clair: Helen and Nellie Currie speaking on "The Working Woman, Then and Now."

After working in Toledo for a while, Helen and Nellie Currie found jobs in a new location.  Helen continued to work in millinery and Nellie went to work in a baby department.  Nellie continues her narrative:


She [Nellie's boss] had been to Baltimore for one year working, and she acquired the southern speech; and if she didn't keep us girls on our toes, she was yelling at us all the time with that accent.  There was a stockgirl and I.  We were the youngest.  She'd [Nellie's boss] take my pretty decorations in my baby department and change them all around, which was too much, you know, after all my work.  She would not allow us to leave the floor to get our coats until all the tables were set up.  So we had to do that after the lights went out, and we'd stand there with our arms folded waiting for a customer to come in, and we weren't allowed to touch the tables.  So, all of the girls were married but me.  So, I said, "Girls, if you stand by me, I'll do the talking, but we're not going to do tables tonight."  So they said, "Oh, yes, they didn't want to do tables, they wanted to go out."  So, the lights went out, and I came out with my hat and coat and umbrella.  She came running over, "What goes on here?"  The girls all came out, and I said, "We're going home."  She hurried out of there and got the owner of the store, Mr. Rosenbaum.  He said, "What goes on here?"  So I said, "If we can't do the tables before the lights go off, we are not going to do the tables."  "We'll do them in the morning when we come in."  So he said, "Well, Mrs. Cunningham is the boss here and you will have to do as she says."  So I said, "All right, then she does it right now, but I'm not staying."  "And, I won't be back tomorrow."  Everybody came back the next day, but me.


After Nellie Currie's revolt, a manager visited Nellie's sister, Helen, to see what could be done.


Helen said, "If you're telling me about my sister and that woman she worked for over there, forget about it, it doesn't matter how long I worked here, I wouldn't have worked for her as long as Nellie did."


Nellie didn't go back, but she received the full week's pay.  She took another department store job at Gimbels in Pittsburgh.  Nellie continued to have a successful career in sales with several stores in the Pittsburgh area and even was able to travel as part of her sales position.  More about the twin's travel travails another time!

Posted by HSUSC Historian at 11:11 AM No comments:

There are many historic photographs that depict people and places that are integral to the history of Upper St. Clair.  In addition to these images that are so important to our collective memory, there are photographs that I like to call the "hidden gems."  Something about them just makes me smile, or for one reason or another, they have captured my attention.  History can captivate the imagination, and sometimes it can be just darn cute...enjoy! 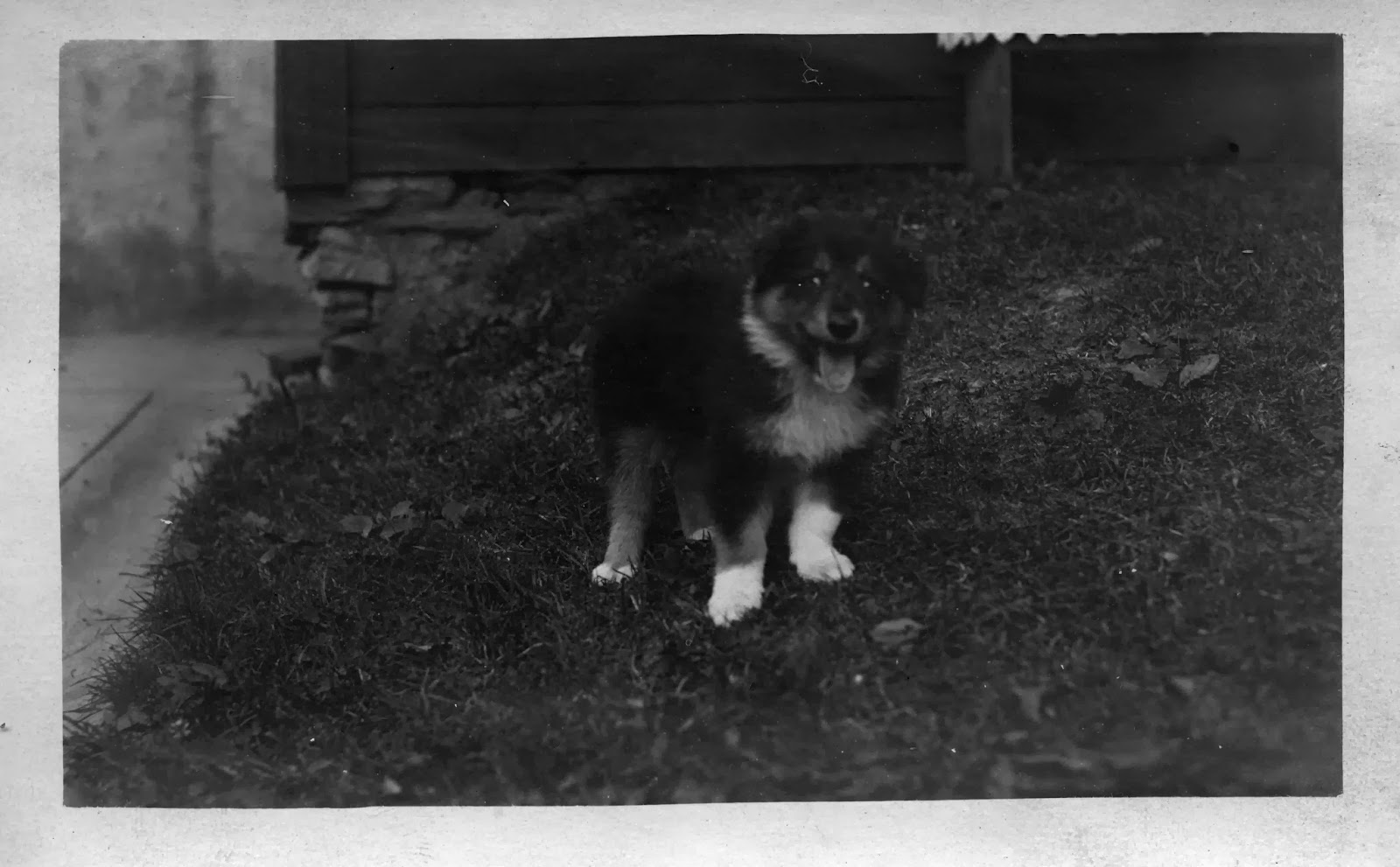 Posted by HSUSC Historian at 3:38 PM No comments:

The Working Woman: Part I-- Hats

Fans of PBS Masterpiece shows such as Mr. Selfridge and The Paradise may be interested in these excerpts from local ladies who experienced the ins and outs of being department store employees here in the U.S.

From a transcript of the March 16, 1980 meeting of the Historical Society of Upper St. Clair: Helen and Nellie Currie speaking on "The Working Woman, Then and Now."

Department stores did not pay overtime.  They [stock girls] fixed the counters and the stock after the lights went out at closing time.  In 1927, $16.00 a week was what the stock girl made.

My mother always wanted to be a milliner, and she thought it would be nice if we would be a milliner...She got us each a job as an apprentice making hats.  We made $3.50 a week.  My first hat sold for $11.95...There were no men buyers in millinery, but we had the women makers and the women trimmers.  Every millinery department had the trimmer and the maker.  The trimmer was the headlady...But in these millinery departments, some of them were so large.  Maybe you didn't realize it, but Rosenbaums at one time had fifty women on one floor selling only hats, and that was only one store in Pittsburgh. 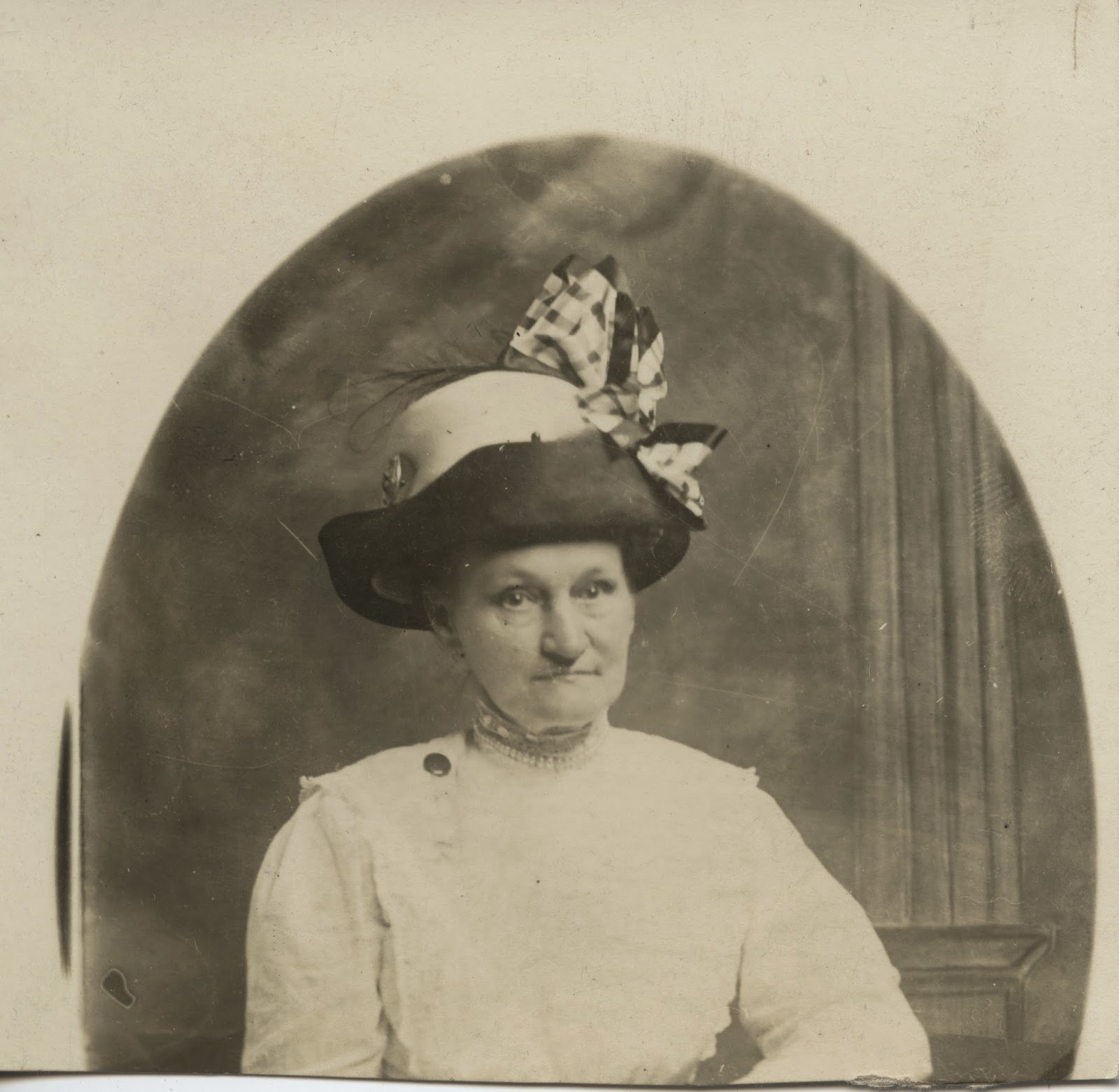 Tune in next time to read about Nellie Currie leading a department store revolt!

Posted by HSUSC Historian at 11:54 AM No comments:

HSUSC Historian
Carolyn Friedrich received her master’s degree in Library and Information Science from the University of Pittsburgh with a specialization in archives, preservation, and records management. She also holds a Master of Arts in English from Wake Forest University. She has worked as a visual resources technician, development assistant, and conservation technician. She is a member of the Mid-Atlantic Regional Archives Conference.